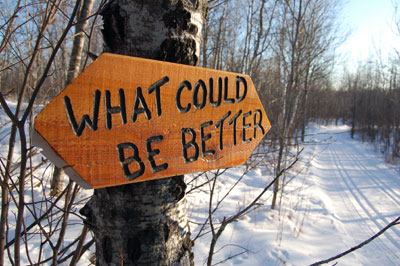 If you live in Duluth, you will have the chance to vote on a referendum supporting increased funding for Duluth city parks. Here are three really good reasons you should vote YES:

1. Those ice-flow areas on the Lester Park ski trails that need trail repair.
2. Those sketchy bathrooms at Indian Point campground
3. All the lost hikers at Hartley Park.

If the referendum passes, Duluth trail users and park lovers will see marked improvement in trail maintenance, park facilities, and wayfinding signage. Funding will be restored to the levels last seen in 2003, before government cutbacks began eviscerating parks and programming.


Duluth parks and libraries make this city on Lake Superior truly a great place to live. Vote YES to return both resources to their glory.

Check out the new wayside at Split Rock 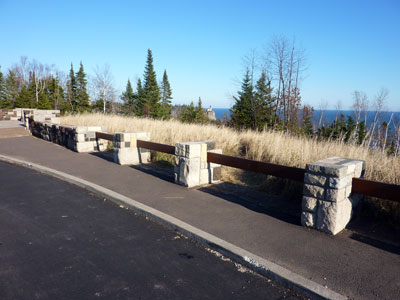 If you've driven on the North Shore this summer, you surely experienced the traffic back ups for construction in the Split Rock area. MnDOT completed a two-year-long project straightening out Highway 61 just west of the Lighthouse. The new highway is gorgeous, wide and fast.

The new highway alignment runs about 200 yards away from one of the North Shore's most distinct wayside rests, a classic pull-off with a great view of Split Rock Lighthouse and the open waters of Lake Superior. For the traveler dedicated to enjoying Lake Superior, this is a great change.

Follow the spanking new blue "Wayside Rest" signs off of Highway 61, and you'll loop away from the new highway and back over to the old highway. 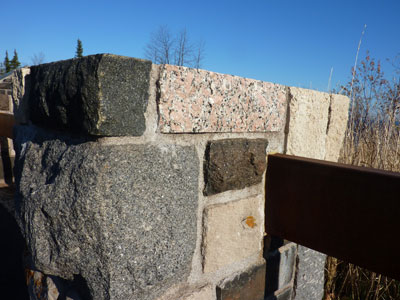 Not only is the old wayside rest still there, it has been substantially improved. I love the variety of rocks found in the pillars...North Shore gabbro and diabase, granite from somewhere, even a southern Minnesota limestone. 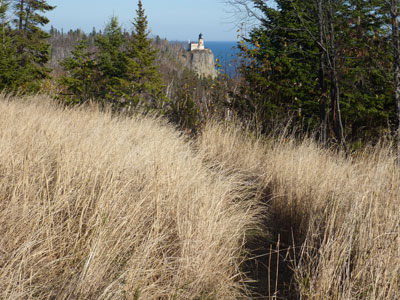 Now, instead of having highway traffic speed by just feet away from you as you try to take in the view, scenic viewers have the overlook all to themselves. A foot trail leads away from the overlook toward the lighthouse; next time I'll find out where that goes,

MnDOT may iron the curves out of Highway 61 until it's an arrow-straight line from Duluth to Grand Portage, but as long as they leave these quiet and scenic waysides, I'm okay with it.
Posted by Andrew Slade at 10:29 AM 3 comments

It's see-through season: Hike the ski trails of Duluth

Every year brings a window of opportunity for unique hiking. The lovely leaves and their fall colors have fallen off the trees. The ground is dry. The ski trails have been mowed, their tall summer grasses trimmed to lawn-like height.
You can literally see through the forest. Distant ridgelines you never knew were there are as clear as the logs underfoot. Lovely views of Lake Superior open up where before it was just leaves.

If you're in Duluth, now's your chance to head for the city's vast system of cross-country ski trails, without your skis.

At the Magney ski trail, walk in from the parking lot and hike the Bardon Peak loop.

At the Piedmont ski trail, the far eastern side of the trail is the driest and the best hiking.


At the Chester Park trail, walk the whole 3.2 kilometer loop.

At Hartley Park, you can combine the Superior Hiking Trail with the Inner or Outer ski trail.

Finally, at sprawling Lester Park, you can explore miles of ski trail; just don't get lost.
Posted by Andrew Slade at 8:07 PM 0 comments

Lutsen gondola: Why hike when you can stroll? 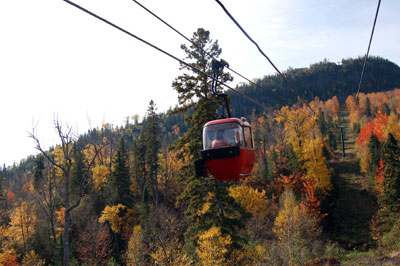 Looking for a great, amazingly scenic North Shore experience? Want to stroll and enjoy the view rather than hike and clamber? Head for Lutsen Mountains. The gondola ride to the top of Moose Mountain is like an express train to Beautyland.

There is a great 4.2 mile hike from the top of the gondola back down on the Superior Hiking Trail. The maples of Mystery Mountain are amazing. The Via Ferrata-like scamper below the Moose Mountain ridge is remarkable..and difficult. That hike is Hike #35 in Hiking the North Shore, and it definitely lives up to the book's subtitles as one of "50 fabulous hikes."

It's the peak of fall colors. It's gorgeous up top of the mountain. Why watch every step and grab every handhold deep in the dark forest  when you could be sauntering about enjoying the views? 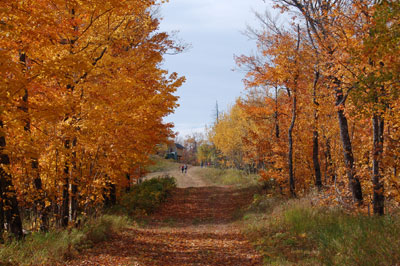 The ski run is basically a wide road that connects the top of three Moose Mountain chairlifts back down to the Summit Chalet. On the maps, it's called the Ridgeline Trail. With a blanket of fallen leaves on the ground and great views opening up down the ski runs, strolling there was like walking through a fine art gallery.

Fall colors are quickly fading in the Lutsen area, especially with the recent wind. Come back next year and have a lovely stroll on top of the world. 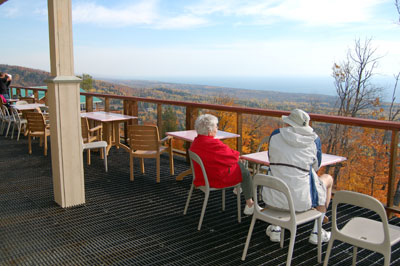 The gondola, or "mountain tram", runs from the base of the Lutsen Mountains ski area, up the Ski Hill Road from Highway 61 in Lutsen. A round-trip ticket costs about $12/ person. Dogs and young kids ride free.

On top of the gondola, you'll find the Summit Chalet, where you can enjoy food and beverages.

Check out the Lutsen hiking trail map to get oriented.
Posted by Andrew Slade at 11:21 AM 0 comments